The Power of Social Media

Written by: Valerie Middleton, FNP I stumbled upon a new show the other day on A&E called “Undercover High”. The premise is that they place young adults in their twenties in to a high school and record their experiences. 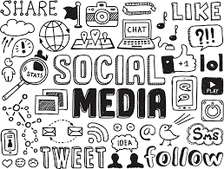 I stumbled upon a new show the other day on A&E called “Undercover High”. The premise is that they place young adults in their twenties in to a high school and record their experiences. The entire show is sort of a social experiment and in the format of a documentary with reality T.V. mixed in. They have professional psychiatrists, sociologists, psychologists and the school administration all on board at all times for the participants. The very first episode was very eye opening to me as a mother of a 15 year old. Clearly the high schools that our children are attending and or will attend are NOT the ones that we attended. Their lives are extremely different from how ours were. It is no wonder it needs to be studied! But the over arching theme taken away from that first episode was the power and influence that social media has on our youth. Often parents will ask me what to do about a teen’s phone or computer and I will advise according to the specific situation. In general I prefer to advise based both on a specific situation and the latest research available.
Just what has research shown with regards to social media and its influence on the developing brains of our teens? We understand they always want to stay connected with their friends and they often prefer to communicate through social media and texts versus speaking. Is this so different from when we always wanted to hang out with our friends at the mall or movies? Is this so different then when we passed notes back and forth because it was easier than speaking to your crush? Research would indicate that it is indeed very different.

Social media platforms follow adolescents 24 hours a day. In 2015, 92% of teens aged 13 to 17 years reported going online daily, 24% were online “almost constantly,” and 71% used more than one social networking site. Mean comments, cyberbullying, sexual advances and stalking, misinterpreted messages, and awareness of exclusion are just some of the negative social media effects that follow teens each day in multiple formats. The psychological effects are increased rates of low self esteem, disordered eating and sleeping patterns, depression and anxiety. The latter was found even while controlling for other factors such as socioeconomic status, sex, race and parental depression. With regards to Facebook specifically, a study found that people reporting mean or bullying Facebook posts were 3.5 times more likely to develop depression while people receiving unwanted contacts (such as cyberstalking) were at 2.5 percent. What seems to drive the negative effects is the social comparisons that occur with these social platforms.

Research has demonstrated that social comparing is indeed negative unless there are protective factors in place. Protective factors include being and admiring the “real self”. A “real self” is complex and learned over time. Elements would include presenting unedited appropriate photos, friending only people you actually know in person, stating only truths without exaggerations and expecting and promoting the same within one’s social group. Teens do better when they support each other in an authentic way and it is perceived by the teen as such..
So what do we do as parents to help our teens and adolescents? How do we set them up for success and independence while still being present and monitoring for major red flags that require intervention? All online users, but especially parents, adolescents and young adults, need to be aware of the emotional risks associated with social media platforms. There are no legal or privacy protections afforded to teens at the moment with regards to any online activities that they may get in to despite the fact that their brains may still be developing. Charges can be brought forth with regards to drugs, sex offenses, harassment etc.. Based on the research I have done I would advise considering some of the following guidelines. Each family is unique and clear plan is what is most important to establish. 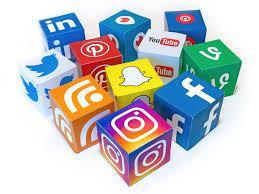